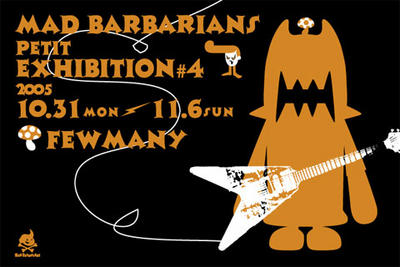 Another great show was the kaiju-influenced Picopico at FewMany!!! Some nice one one off figures, stuffed critters (with teeth) and a crazy pair of headphones. Check out the flickr stream by clicking on the image. Theres been some fairly decent shows at FewMany in the past few weeks, and Shono No Tojo’s childplay2 was a good one. I really dug the PornoInvaders visual frenzy style, a blitzkrieg of characters and design!! Click on the photo to jump to my Flickr Set. Then check out the PornoInvaders site! 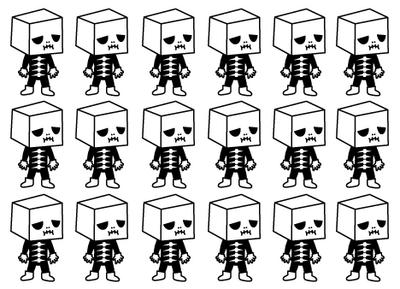 Super early heads up for a new series of “TO-FU KUBRICK” from Medicom. Apparently these won’t go on sale til early 2006. Personally I dig the the Skeleton To-fu. Gotta get me an army of those. And a version of Mama To-fu smiling! Maybe its because Papa To-Fu is back in town!! Can another baby to-fu be far behind??? 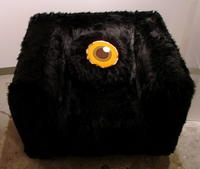 I thought that the coolest critters at the recent Furi Furi show was this trio of evryday objects turned into Furry Fiends. A guitar case, a suit case and a nice loungy chair.. that might eat you. 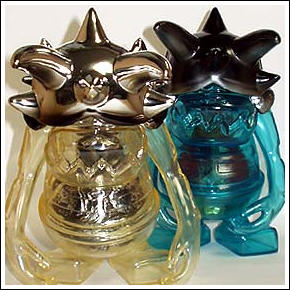 The UraHara kids are probably creaming their jeans to get their hands on some of these collabo figures from Bounty Hunter & Secret Base. Transparent Skull-kun with a paper ‘internal organs’ insert & metallic finish crown. Comes in 2 colors and I’m sure its way sold out. Also for reference check out this old Kamen Rider figure. Guess this where the ‘internal organs’ paper insert idea originally comes from. Actually I find this dude cooler.

Half the fight with Indie Sofubi is getting the sculpt right. And the other half is coming up with killer paint patterns. Here is what RealHead and BLOBpUS had on display. I was really taken by RealHeads all clear dude filled with Multi-colored BB’s. Bought me one o dem.. 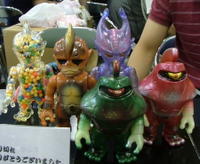 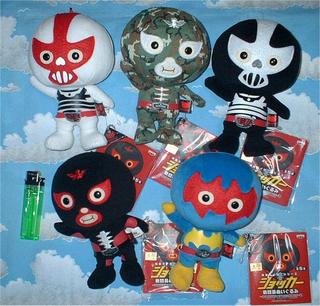 They’re plush! They’re Evil! They’re Cute! Phase 2 of the DevilRobots take on the Shocker Soldiers, evil nemisis of Kamen Rider! 4 classics plus one original in Camouflage (lighter not included). Check this page for a quick primer in classic shocker soldiers.

This years Toy2R event is going to be held at FewMany Oct. 10th (Mon) to Oct. 16th (Sun). Looking forward to this years crop of one-of-a-kind Qee’s but its sure going to be a bit of squeeze at FewMany’s cozy little gallery. Somehow Vinyl Pulse has shots of the Qees that are going to be on display but I can’t wait to get down and check’em out in person. 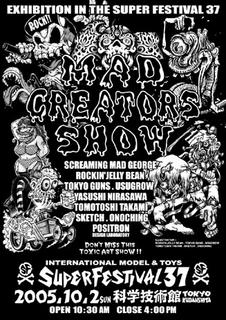 Superfestival is happening once again at the Science Museum in Kudanshita this Sunday October 2. Really not much more than a jumped up flea market, I’ve always liked the octagonal layout of the venue and there always some great treasures to be found. A;lso there is a special exhibition called ‘Mad Creator Show’ featuring Tokyo Guns, Rockin’ Jelly Bean and more. Stay tuned for more details.