Switch to the dark mode that's kinder on your eyes at night time.

Switch to the light mode that's kinder on your eyes at day time.

Search
Menu
Search
By the time I arrived it was all over – the tables had been picked clean and the hardcore had moved on. But it was all the better to take photos of the glorious display cases. The 2 day event was held on the sixth floor event space of Yamashiroya in Ueno, arguably the best toy store in Tokyo. Each day started with an assortment of exclusive releases, including the newest addition to the RxH adult line – Pheyaos – an entirely new sculpt of the previous collaboration with Onell design that started with the mini Pheyaos in 2009 and continued with the adult Pheyaosman in 2010, also was a release of the new Paul Kaiju sculpted Jinx Man.

The main case was filled with an assortment of releases both old and new. One shelf was dedicated to the event releases all with Sold Out notices handwritten on the RealxHead shiriken coasters. Other shelves had all the recent releases of recent newcomers Mohican Trooper and another a grip of Bioknuckles.

At fig-lab we are more than slightly obsessed with form factors and RealxHead is the master of creating and populating his own unique format niches. Since 2009 (Post Lehman Kick) realxhead has shifted the focus of his “artistic” output to a line of “adult sized” figures away from the first wave of his popular “fight-sized” figures. Slowly and steadily he has been expanding this line of figures.

As a Realxhead is celebrating its 10th year as a toy brand this year and we thought this would be a nice time to do a series of post regarding the evolution of the RxH adult line. stay tuned.  For now enjoy this photo gallery. 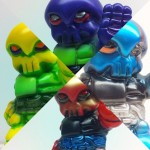 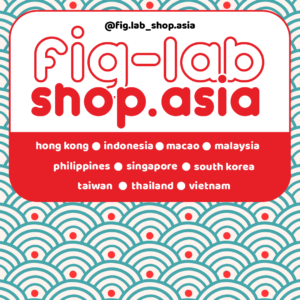 booyah
Back to Top
Close